Welcome
Welcome to New Era! A Roleplaying Site based on the Fiction book series Warriors, by Erin Hunter. This is a place where members can let their creativity flow, meet new friends and have fun! The clans moved to a new territory and have fanned out into different parts of lands, claiming it as their own. And now it’s time for a new generation of warriors to lead the clans on their quest of survival! You can make a character, join a clan and start roleplaying in the threads of that clan! Battle against other clans or tribes and protect your territory from trespassers and pesky twolegs. The possibility is endless at New Era!
Affiliates

Ripplepaw sat calmly, her pale green eyes staring at absolutely nothing as she listened to the sounds of camp. Everything appeared to be going well around her and she automatically settled into the relaxed attitude that she rarely showed. Normally she would have been getting her nose into everything and gossiping but at the moment she was just tired and more than pleased to be lazing around.

Sighing, she decided that a busy bee like herself should never sit still for too long and so with a quiet little huff, she pulled herself into a standing position and scented the air. Due to her horrible eyesight, she was just about able to locate every different scent of her clanmates around her, doing their different activities. Finally convinced that she wouldn't be needed anytime soon, the young apprentice decided to take matters into her own paws and try to replenish some of the herbs.

She already knew a little bit about herbs and felt very confident that she would be able to bring at least a small portion back. Lifting her tail and her nose, she began to pad in the direction of the entrance to the camp that she had been born and raised in. She really should have been training or running errands for her mentor but since the Medicine Cat was nowhere to be found, her sense of adventure began to take over her sensible attitude.

"Does anyone want to go herb hunting with me?" She mewed, wondering if anyone would really accompany her on what most cats believed to be a boring task. Going alone was just not Ripplepaw's style and certainly not safe for the young apprentice either.

ooc: sorry! I hope it's ok that i'm posting with ripple! 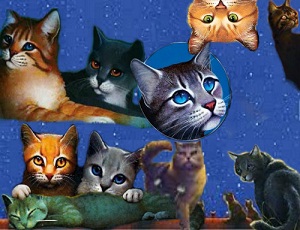 Want me to make you a Warriors Collage? PM me! What kind of cats do you want? I choose Medicine Cats!
Lemon Words
I like the words that are Lemony.
They paint the pictures you feel, don't see.
They make rhythm, songs, and rhymes.
They make us really feel the time.
Don't ask me why I call them Lemon Words.
Whatever works; it's for the birds.
Collage (C) megarin (me); Lemon Words (C) (me); Warrior (C) the Erin Hunters. If you can read this you cheated. 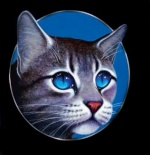 ooc: Well I didn't realize I posted twice until just now and that sounds cool, I will definitely take a look at your thread!

*~Wildfire~*
"Does anyone want to go herb hunting with me?" The orange she-cat heard. Wildfire lifted her head to see Ripplepaw, the med. apprentice at the entrance to the camp. She went over it quickly in her head and trotted toward the green-eyed she-cat.
"I would be happy to go with you," Wildfire said to Ripplepaw. She wasn't much older then the apprentice so maybe it wouldn't be as odd.

She let a small smile of relief flit across her maw as she acknowledged her clan-mate's answer. Maybe herb hunting wouldn't have to be so bad after all. "If anyone else wants to come along, you can catch up."She yowled one last time, quickly turning back to Wildfire as if she was afraid the she-cat would disappear. "Are you ready?" She mewed, taking a step forward and trying not to trip on anything.

Eager to set off, she didn't even pause for an answer as she raced out of camp. They were low on cobwebs, yarrow, and poppy seeds judging by the smell she had familiarized with in the end of her kit-hood and nursery days. She could only hope that she would be able to remember exactly what each of these important herbs smelled like and that she would be able to find them without making a fool of herself.